Following the high of Thursday, I have to report that I've not heard back from Isabella. What's even more frustrating is that after the initial contact, I saw where she saved more information from my tree, including pictures, to her "private" tree. This certainly creates a dilemma now doesn't it.

There is the side of me that wants to keep my tree public because I have had some good experiences. After all I did meet two almost cousins (we share a branch of our trees) on my maternal side, and mom and I have even been invited to go on their family reunion cruise next year. We've even shared pictures of  our common line and both of us have had contact with newly found cousins from the shared line. And thus it's the mutual sharing of information that says leave it public.

But then there is the other side of me that thinks I should tightly guard everything for a host a reasons.

Today started off like any other genealogical day. Where and what avenue next to try to break through the brick wall of my ggrandmother Martha Jones. So, I was on Ancestry, bright and early this AM when I noticed that someone had added my grandparents and my uncle Claudius to their "private" tree. To tell you the truth, I actually found this to be a bit unsettling. My paternal side of the family is the much smaller of my two lines and no known relatives on my paternal grandfather's line outside of course my aunts, uncles, etc., so you can see why this would be a bit unsettling. Who was this person? Why is their tree private? And most importantly, why are they adding my grandparents and family members to their tree. Well, I decided that the only way to get to the bottom of this was to just ask the person. So, I sent a message via ancestry. For some reason, I wasn't expecting a response. Maybe it was due to the whole tree being private, nothing in their profile, etc.

Well, I did get a response and the gut tells me that I've possibly found relatives I never knew existed. So, let's see if I can lay out the details as quickly as possible. My General Williams, who along with Mary Elizabeth Jones (Jones surname not documented, yet) Williams, reared my grandfather is Isabella's great uncle and get this, Isabella's grandmother's name on her paternal side is Isabella Jones.

Is it possible that Isabella, Mary, and my Martha were sisters? This is not just a coincident. There is something here, I can just feel it. So, return e-mail has been sent and I try to patiently wait for a response from hopefully a new cousin and for a new lead to the mystery of my ggrandmother Martha. 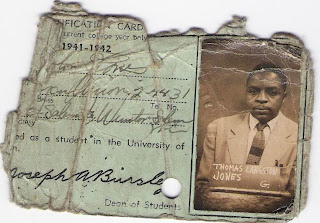 According to cousin Alice Berry's letter to me (1991), Aunt Mable, cousin Alice's mom, was my great-grandmother's, Edith Ewell, younger sister. Cousin Alice said great grandmom finished rearing her mother after the death of my 2ggrandmother. Maybe it's just me but I've always thought it strange that she never showed up on any of the censuses but I have to admit that I've not really looked that hard for her. The other strangeness was that given the closness of cousin Alice and her mom to dad and my aunt's and uncles, they always talked about Cousin Alice being a distant cousin and we were the only family she had. Hearing that for so long, I was really shocked when cousin Alice revealed that she and my grandmother were first cousins and that Aunt Mabel was grandmom's aunt. Sigh, my paternal side, what can I say.

Happy Birthday to My First Love, My Dad 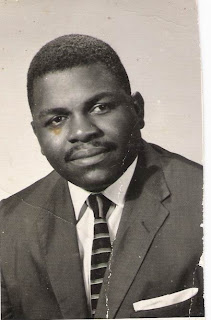 I remember like it was yesterday, when I declared to mom I was going to marry daddy when I grew up. She kept trying to explain to me why that was impossible. She didn't even try to explain based on that you were dad, but that you were already married, to her. My however young self just didn't get it because I remember declaring that I didn't care because you were the man for me and dangit we were going to be married. I did eventually figure out why this couldn't be.


We've had our ups and downs through the years but at the end of it all you're still dad, my first love. So Happy 81st Birthday, and may you be able to celebrate so many more.

The Story of Two Aunts and One Man 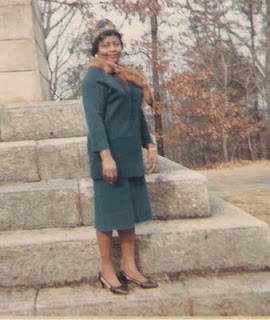 
To date, I’ve not come across any true black sheep in my family. There are probably those that present and deceased family consider / considered black sheep but in the true sense of black sheep are not. As a result, I never have had anything to contribute to Black Sheep Sunday and even this is not about Black Sheep but the funny story of two aunts, my dad’s big sis, Martha, my mother’s baby sister, Geneva, and one man, Cleveland. I thought that Black Sheep Sunday was the perfect day to remember it.

Now I don’t think I was born when this story took place (if I was I don’t remember any of it) and to tell you the truth, I’m not even sure my parents were married at the time. So, it’s another story that was relayed to me by my mother and it’s one I laugh at every time my mother tells it because having known both aunts, I know all of this took place in exactly the manner as my mother tells it.

Until I find out differently, let’s just assume that my parents were married at the time this story takes place. My two aunts, Martha and Geneva, were both dating Cleveland at the same time. Now my mother knew they were both seeing the same man. Dad on the other hand didn’t. So, as time went by whenever Aunt Martha saw Cleveland’s mother, she would say there goes my mother-in-law, etc., etc., etc. Now momma could have told Aunt Martha that Cleveland was seeing someone else but mom never said a word. Momma, you know you were wrong for that.

I’m sure by now you can guess where this story is heading. Yes, it was soon announced that Aunt Geneva and Cleveland were getting married. Reportedly dad says to mom, “I didn’t know your sister was seeing Sister’s boyfriend.” Mom always thought it was more that Aunt Martha was seeing her sister’s boyfriend.

One day, after she and Cleveland were married Aunt Geneva, I imagine with her usual cackle, asked her hubby why he decided to marry her instead of Aunt Martha given the fact that Aunt Martha was a school teacher and all and she was just a country girl who longed for the action of the big city. Uncle Cleveland liked Aunt Martha but thought she was just a little too bossy.

Aunt Martha never married. She doted on her 6 nieces and nephews. She never forgot our birthdays. To a certain degree, she was the preserver of the bit of family history that I do have on the paternal side of my family. The older pictures that I have of my Jones, Ewell, and Everett ancestors were Aunt Martha’s. She’s the only person I personally know that has been back to the motherland, Africa. She did a couple of trips bringing goodies back each time. (I have some of her artifacts.) Aunt Martha died in 2000. I get constant reminders of her presence, whether it is looking after her house, which she left to my dad, rummaging through the pictures for something to post for Wordless Wednesday, or just staring at the masks and sculptures that she brought back from Africa and that now have a place of honor in my own home.

So, there you have it, the story of two aunts and one man. 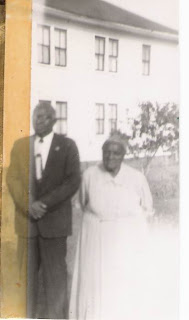 Granddaddy Jones and Mrs. Mary Williams
Posted by Mavis at 7:16 PM No comments: